Heal Your Relationship to the Shadow Masculine

Read on below for details on the full course

These were the thoughts of Sophia, after she birthed The Demiurge - The Great Dragon Lord- who would eventually become the God of this world.

Wrapping him in a cloud of her shame, Sophia pushes "the monster" away, exiling him to live in ignorance of The Mother Who Made Him.

Awakening into Being (alone), the Demiurge believes himself to be "The One True God" and fanatically starts to build the many levels of Consciousness that would eventually become our world.

However, deep within his being lies inherent insecurity: A Mother Wound.

Constantly striving to "prove his worth" over the pain of his abandonment, the Demiurge unconsciously exploits the world that he creates and lords over it vainly as a Tyrant God: 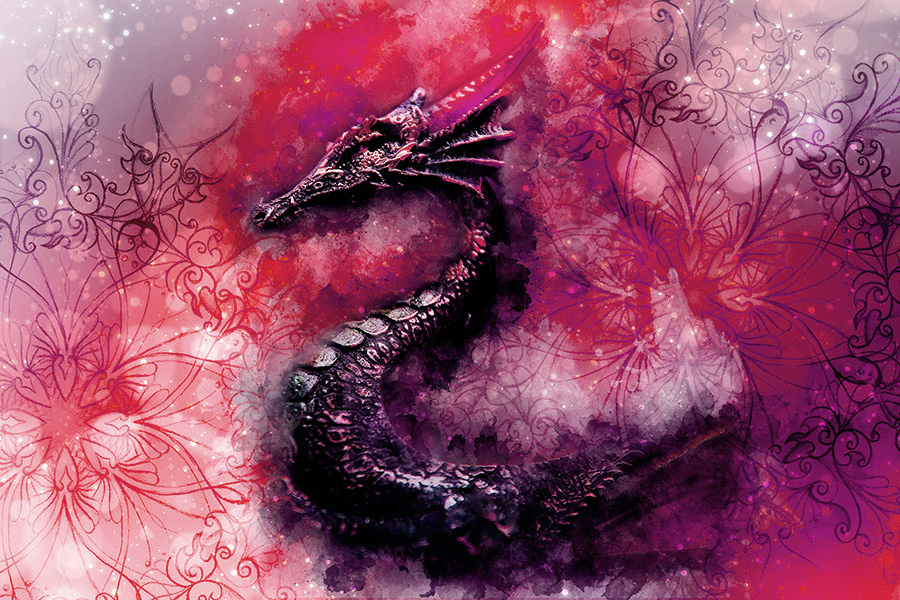 Are you a woman who has been
touched by the Shadow Masculine?

Have you experienced relationships with abusive men?


Did you have an abusive father?  Or grandfather?

Or perhaps you were simply hurt by the Shadow Masculine in the collective sense?

Traumatic experiences with "The Wounded Dragon" can leave deep imprints of insecurity, fear, avoidance, and crippled energy dynamics in our life, love & relationships.  The Masculine Energy is designed to protect and defend, to help the Feminine (in us all!) feel safe & secure.  But when the Masculine Energy ignores, exploits, or abuses its power - especially over the Sacred Feminine- we all lose.  We all suffer.

For over 5,000 years, humanity has experienced a continual state of decline into further abusive dynamics with "The Wounded Dragon Complex"- an aspect of the Masculine's Shadow which often results in Love Avoidance, Sex/Material Addiction, and prioritization of money, power, and world dominance over service to (and often in exploitation of) the Feminine Principle.

Many of us have experienced this in our relationship to men, fathers, brothers, or the world at large.  Given that our current societal infrastructures (in the West) have also been built on legacies of Exploitation- Colonization, Enslavement, Deforestation, Resource Depletion, and many others - we receive the programming of the Wounded Dragon simply through our birth into Western Culture.

Today, this complex is truly "rising to a head" in the Western Psyche.  With the election of Donald Trump in America, the Shadow Feminine is "rising to meet" the Shadow Masculine, as the collective consciousness erupts in public demonstrations, protests & campaigns. Black Lives Matter.  The Me Too Movement.   Along with counter expressions like the White Power Protests in Virgina...

We are in an Underworld Initiation, where the codes of Sacred Union are being ripped apart so that Ancient Wounds may be aired out and healed.  And it is from this place, that the Wisdom of Sophia: Mother of Dragons - may take root.

Are you ready to reclaim your power?

To release fear, avoidance, insecurity?
Reclaim the Power of the Dragon in yourself?
In service to the Feminine Principle?
And thus restore balance in our world? 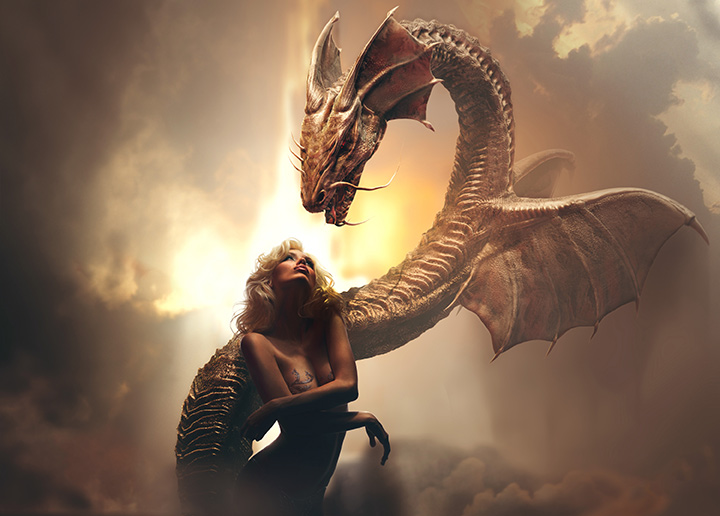 The Wisdom of the Serpent Priestess can help.

The Serpent Priestesses of the Ancient World were healers, lovers & mentors to Kings, Queens, & the Ruling Elite.  They carried the Wisdom of the Dragon Rider... the one who could guide the hearts of powerful men into resolution of the Wounded Masculine so they could sacredly serve the land and its people.

Today this medicine can serve us all in the reclamation of Sacred Masculine power from the Shadow Realms & integration into healthy states of Sacred Union & service to the Feminine Principle.

What We Will Cover...

In this transformational course, you will learn how to wield the Power of the Serpent Priestess - first to heal the Wounded Dragon Complex in yourself - and then to carry that medicine to others in the world.  You will receive:

Activation in the Lost Mystery Teachings of Sophia & the Demiurge

Core understanding for how humanity's Shadow Masculine is connected to its Mother Wound.

Awakening to the Inner Entities that have created & sustained this Wounded Dragon Complex for the last 5,000 years.

Teachings on how to transmute their influence, as well as trauma sustained in yourself & your lineage  through the Wisdom of (both!) the Serpent & Shadow Priestess

How to wield the Power of Pleasure, Desire & Prosperity sacredly, in alignment with the Teachings of the Magdalenes & the Christ/Sophia Lineage.

This course will cover lost mystery teachings related to Sophia & the Demiurge & the Path of the Serpent Priestess.  You will also learn Tantric Union exercises to work with your own Dragon... as many women who take this course will likely call in a Dragon Counterpart (if not in relationship to one already!)

The Magdalene Path of Sacred Union is a sacred sexual spiritual path that is best achieved directly through Sacred Relationship "to the other" and it is through this lens that all the following teachings & mystery training shall be integrated:

Activation in the Lost Gnostic Wisdom
of Sophia & The Demiurge

The Demiurge is "the false (Patriarchal) God" of the Hebrews who early Gnostic Christians believed had enslaved this world.

In this call series you will dive deep into the lost mystery teachings of Sophia & the Demiurge.  You will...

- Understand what "Archons" are & how they operate to ensure our slumber (and perpetual enslavement) in the never ending cycle of "the Matrix"- the Great Unconscious Womb of the Mother - The Wheel of Incarnation- Life & Death.

- Receive the Sophia-Christ Codes of Awakening- a Spiritual Path of Tantric Liberation through Divine Love.  Receive the teachings Christ gave on how to liberate Sophia from the Archons & "be in the world, but not of it."  Understand how to work Tantric Alchemies in Sacred Relationship with your own (inner or outer) "Dragon Counterpart" to bring about healing, transcendence and a state of Sacred Union.  Know how to determine which Dragons are safe to work with and which aren't!  Learn techniques for transsforming the karma of the Serpent Priestess & entering the Christ-Magdalene path of liberated realization & union.

- Know how the Mysteries of Sophia & the Demiurge relate to our present time- Navigate your own path of awakening, decolonization, and freedom from the "Wounded Dragon Complex" within and without.  Understand why this complex has arisen again now & how it relates to humanity embracing its greatest opportunities for quantum leaps & collective evolution at this time.  You will learn how to shift Power Dynamics with "The Wounded Dragon" in the world & move out of resistance, fear, & control/domination (by it) into a kind of Compassionate Sovereignty that transforms  - not only the heart of the dragon - but also the very nature of reality itself.

History repeats itself, unless (and until) we LEARN from it.

The problem is: Our history has been tampered with...

And many of the most important key codes for our liberation & awakening have been purposefully burned & buried.

Open up the Book of Life with me & hear the lost histories of the Dragon Lords & the Serpent Priestesses of Mesopatamia, Egypt, & the Middle East. Learn:

- How the Power of the Dragon in Humanity was Co-Opted by the Demiurge through implants of specific falsehoods, key trauma's of betrayal, and the forgotten histories of the Dragon Lords and the Serpent Priestess Sisterhoods of the Ancient World.

- What the Sacred Relationship is between Dragon Lords & Serpent Priestesses. How to identify these relationships in your life.  Why they are activating now. And how they differ from other sacred relationship configurations, so you can work with them alchemically to realize liberation.

- The specific challenges that arise in healing (either) "The Wounded Dragon" complex or "The Serpent Priestess Complex"  This information will serve both women who work with men who carry the Dragon Codes, and men who suffer from the "Wounded Dragon" complex in their relationship to the Feminine (which often results in love avoidance, sex addiction, and unconscious exploitation of the Feminine through domination & quest for power in the world)*


*Note: "Men" and "women" may be used interchangeably depending on which polarity (the Masculine or the Feminine) your Soul identifies with.  Women may just as easily have "the Wounded Dragon" complex, as a man could be operating from his inner Serpent Priest/Priestess.  No matter which gender polarity you identify with EVERYONE who takes this course will come to recognize, heal & empower the Dragon & Priestess of Sophia within in Love & Sacred Union.

The Alchemies of Ouroboros:
As a Path for Vanquishing Evil & Realizing Divine Love

The time for humanity to "vanquish its demons" is at hand.

- Experience the Power of Personal Responsibility & Transmutation- Learn how to orient in Sovereignty to the "forces of opposition" within and without. Take direct, personal responsibility (via Divine Christed Presence) for transmuting personal, ancestral, and collective trauma to liberate Sophia.  Learn how to do this powerfully and effectively in personal relationship (with your Dragon or otherwise!)

- Techniques for Transforming the Shadow - Personal & Collective. Learn a variety of techniques for Dissolving Archonic Realms of Influence (ie: "evil realms").  Know when to apply each technique in any given situation in your life.

- Learn the Alchemy of the Ourobors (The Serpent Eating its Own Tail) - An ancient alchemical process - derived from Egypt - and employed by Hermetic Mystics throughout the Middle Ages... the Ourobors is a key to awakening on the path of desire.  You will learn the symbolism, and tranformational processes associated with the Ouroboros to tramsform any level of conflict/struggle into alchemical gold.

Heal the Masculine Principle Within & Without.

Be empowered to navigate the shadow
& the challenges of our present time.

Is This Immersion for you?

If you answered yes to one or more of the above,
you will find deep value from this call series. 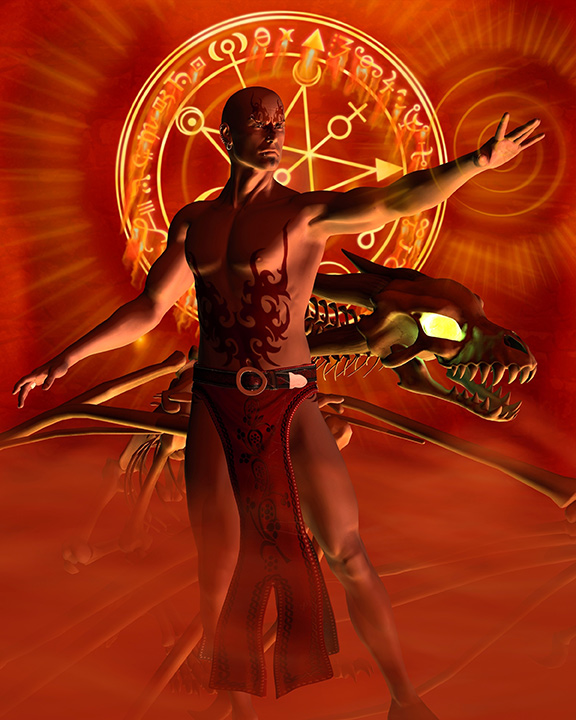 Receive the Lost histories of the Dragon Lords and the Serpent Priestesses of Mesopatamia.  Learn how the Dragon Power in humanity has been co-opted by hidden destructive forces and how to get that Power back.  Understand why these relationships are activating in our present time. 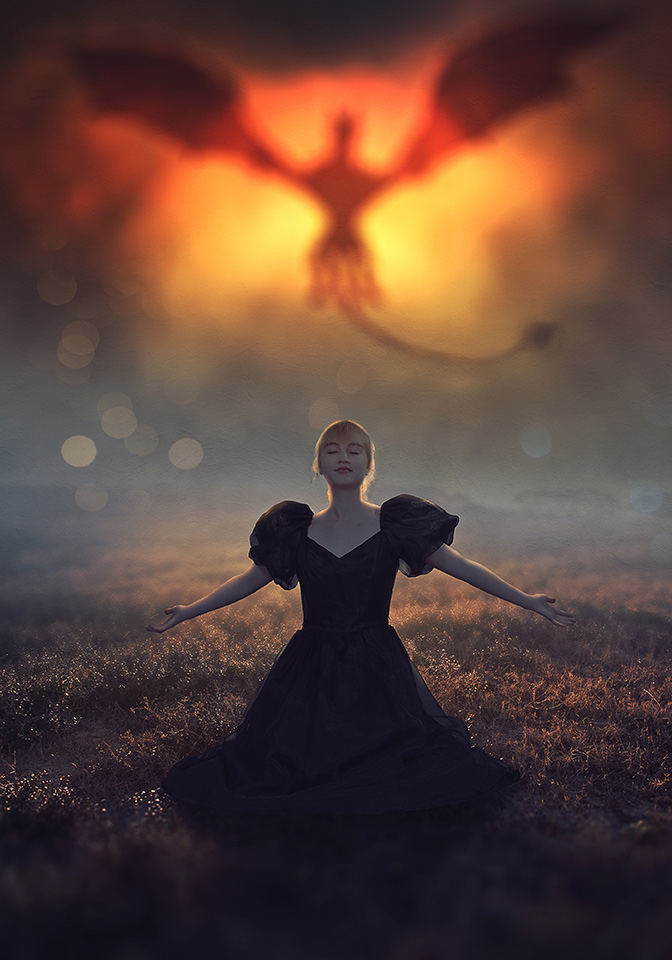 The Mysteries of Sophia

Learn the Gnostic Mysticism of Sophia & the Demiurge.  Understand how our Early Christian ancestors perceived the world and the path Christ laid for transcending the Archonic Realms of Influence ("Evil Realms" of world power) to realize Divine Love & Sacred Union with the Mother once more. 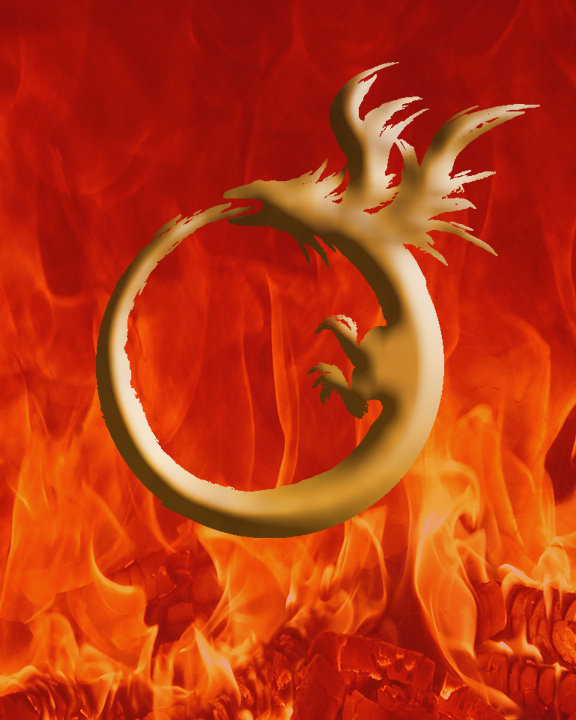 Alchemy of the Ouroboros

Learn the path of transmuting conflict, dark nights of the soul, demonic forces and other forms of opposition through the alchemy of the Ouroboros (the Serpent Eating its own Tail). Combine this with other forms of psychic protection, entity removal & transutation, so you can be a clear channel as you are working with in the world.

Wednesday, June 13th @ 9pm your time wherever you are in the world

Sunday, June 17th @ 9pm your time wherever you are in the world

Call 2: The Lost Histories of the Dragon Lords & Serpent Priestesses -

Wednesday, June 20th @10am EDT (replay sent out after call)

Sunday, June 24th @ 9pm your time wherever you are in the world

Call 3: Alchemies of the Ouroboros

Wednesday, June 27th @10am EDT (replay sent out after call)

This Course is Currently Closed

If we run this course again, you will be notified!