Join Us for the 2019 Initiation to the Sacred Wealth Mysteries 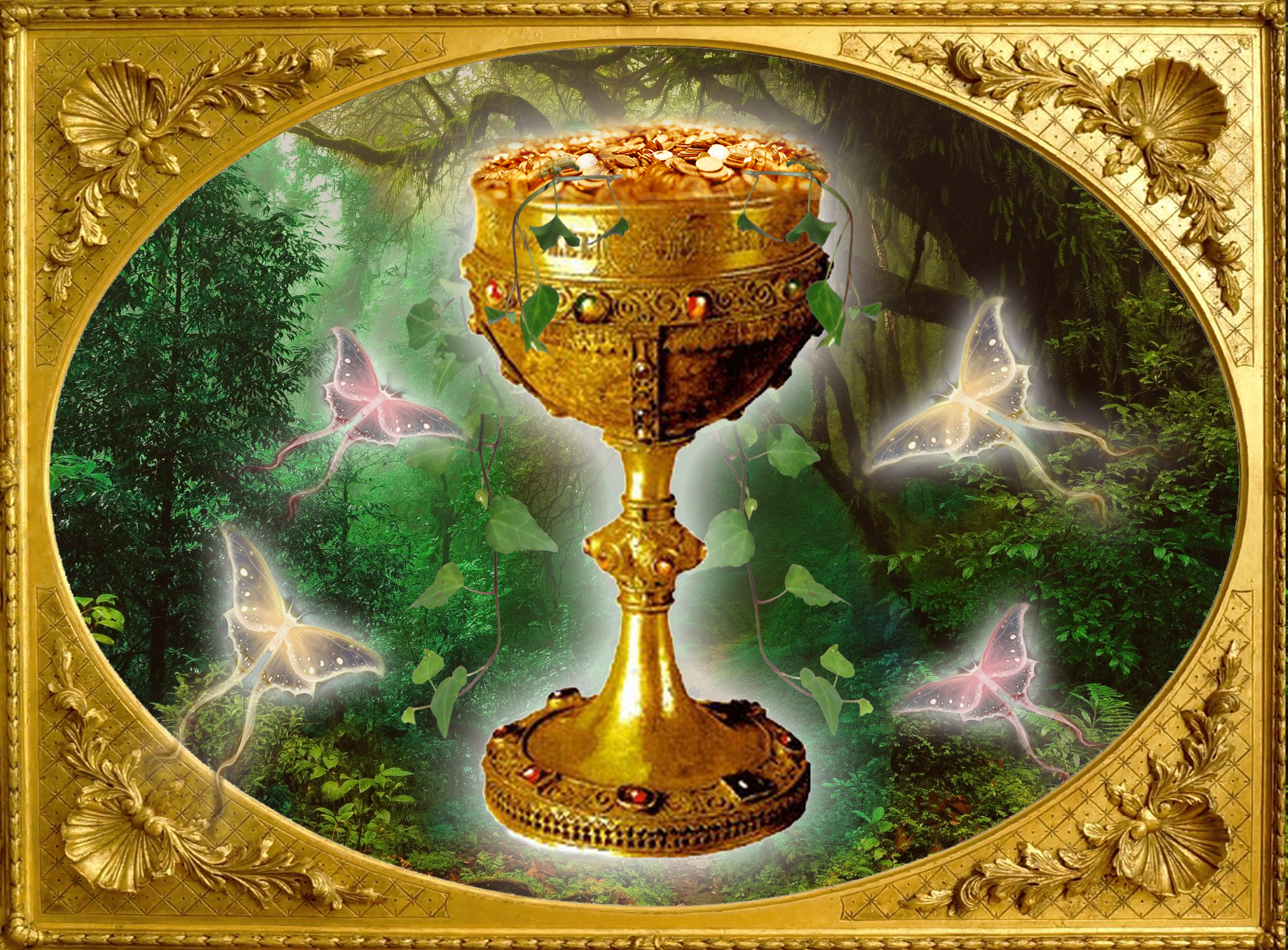 The Spiritual Secrets that were stolen.  The Initiation of Kings & Queens.

Now Given Back to the Rightful Agents of Divine Will.

Welcome to the Economics of God (And Other Amazing Revelations)

Are you ready to become King/Queen?

You are invited to...

A radical initiation that will challenge you to...

---> Constantly deflecting attention, power & prosperity to accomodate other people's will

You are invited to smash...

---> Learned strategies of survival that have been keeping you broke, suffering & disempowered

---> The Codependent Empath, the Savior, the Martyr, the Victim ... and many more

You are invited to embrace...

---> An attitude of Entitlement - one that comes from deep within your Soul.

---> The authority of a Monarch - one who has been instilled with the Divine Right to Rule.

And you are invited to realize...

---> What incredible healing can come into your life, once you accept your Divine Power

---> What incredible doors open up for you, once you master Divine Prosperity

---> What incredible good you can do for this world, once you choose your Divine Destiny and accept the sacred responsibility of The Crown

Join Us for this 3-Part Initiation to...

Democratic "Luciferianism"
of our Present Age

This call explores various systems of power & government throughout time & gives a detailed overview of how "Luciferiansim" has become the "modus operandum" of our current world order.

This call answers the question...

How do we own our power in an inherently corrupt system?

Without allowing the system of power to corrupt us, ourselves?

Breaking the Spell of "Powerlessness"

Awaken from the spell of learned disempowerment!

This call explores the secrets to financial empowerment & the mindset of Kings/Queens. You will learn how to heal specific underlying (economic) wounds such as slavery, indigenous geocide, and religious money wounds, amongst others.

Understand how co-dependency underlies toxic materialism and how to free yourself for good from  toxic sources of income/power.

Business as Sacred Relationship -
The Divine Feminine
Benediction of Trade

"Economics of God" is templated deeply in Divine Feminine Intelligence.

Nature is the only 100% sustainable & renewable "Divine Economy" and the future is symbiotic - An "Aquarian Age" civilization, where trade, tech, science & government operate in harmony with Natural Law.

All seminars are recorded & replays available after if you can't make them live.

The mysteries covered in this call series are descended from the Ancient Egyptian Rites of Initiation for The Pharaoh- The Sacred King or Leader of Creation, to whom the Divine Right to Rule is bestowed.

They are birthed from the lost mystery school traditions of the Goddess, devoted to the initiation of Kings & Queens.  Specifically that of the Royal Cult of Hathor in Ancient Egypt-  The Mother of the Pharoah & The Consort of Kings- and the role her priestesses played in blessing, initiating & supporting the Ascension of Monarchs in Ancient Egypt.

After Hathor, the traditions of this Mystery School passed to the Cult of Isis - the leading Mother Goddess of Egypt during the Age of Aries.  And finally, to Mary Magdalene - "The Consort of the King" at the Dawn of the Age of Pisces... at which time the bulk of these mysteries were then repressed- hidden underground in secret societies & orders- due to the vicious onslaught of the Catholic Church and the shaming, demonizing & casting out of the Divine Feminine which occured during this age of time.

Secret Societies such as the Knights of Templar, The Masons, The Order of the Golden Dawn and other mystery schools throughout Europe carried pieces of this tradition forward to our present age.

However, due to the destruction and loss of the Priestesshood (who once guarded & maintained the purity of these mysteries) and the deeply disempowered state of women & the Divine Feminine during the last Age of Time, inevitably, the True Essence of Sacred Wealth was corrupted... employed for selfish, exclusionary & even perverse purposes of domination & exploitation by the "faceless" global elites of our present era.

Now, for the first time in over 2,000 years, these teachings are offered again to the public through the reincarnation of Ka-Ra (Kara Gilligan/Akara Sophia).

X No more can the rites of Kings be exclusively guarded by a few.

X No more can wealth, power & influence be held by a secret & corrupt minority.

X And no more can the spiritually-inclined "agents of God" hide themselves from the world... safely protected in monastaries & convents, vowing renunciation - and thus responsibility- for what is taking place on the material plane.

It is time for a New Age and a new empowered Sacred Leader to be born.

Hello Everyone!  Welcome to the Sacred Wealth Mysteries.  My name is Akara Sophia, also known as Kara Gilligan, and I'm here to introduce you to the secrets of Power.

Sacred Wealth was born from my experiences inside an Ivy League fraternity called Bones Gate - where I witnessed brothers hazing & torturing each other in twisted "rites of initiation" which taught them... 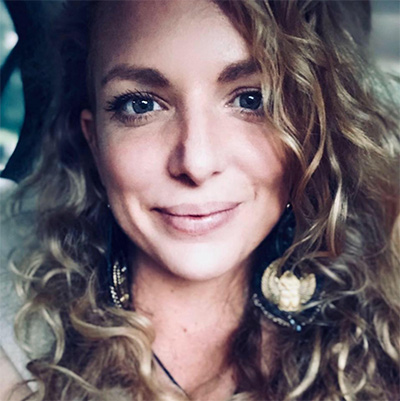 Deeply disturbed by these tragic initiations and the terrible effects they had both on these men and - through them- to all the people they would go on to influence as leaders in the world, I became deeply drawn to the path of Sacred Masculinity & Divine Leadership - both as a healing path for myself, and as an imperative for the global health of humanity.

Sacred Wealth is the result of this 15 year journey - a mystery school, healing program, and leadership training that is focused on cultivating wealth, power & influence as service to the Feminine Principle- realizing Economic Prominence as a Path of Soul Development in God.

This is the place to come if you are looking for empowerment in your Sacred Masculine. If you want to make money without disassociating from your body, feelings, intuition, or feminine essence. And if you are a man - or would like to work with men - in the realms of leadership & financial empowerment.

Join Us on Sliding Scale...

(Pay what you will)

Just beginning your journey
to prosperity

Fruitful & ready to assist
in the mission

Lady or Lord - your
grace runneth over!

This Is Your New Title

Please Register Below ...
And Get Access To The Complete Video Series!

*Please note: Sacred Wealth can induce massive releases of collective, ancestral, & past life trauma that may trigger the awakening of Kundalini Shakti & activation of your Life Purpose.  We are not responsible for White Light Experiences, Mind-Blowing Samadhi States, and other Supernatural Occurences that may grace you by taking part in this call series.  Thanks be to God!